You mount NOx sensors on the exhaust system before the catalytic converter, where they measure the levels of nitrogen oxide for the engine’s computer to adjust the fuel mixture and valve timing.

Like the other parts of the car, NOx sensors fail for many reasons. Keep reading to know the top NOx sensor failure causes:

The major causes of mechanical damage to the NOx sensor are stones when driving. Although the sensor is well made and can last for as long as possible, the measuring element is thin and fragile, making it highly prone to mechanical damage.

Due to the thin nature of the element, it’s prone to damage when hit with substantial force.

It’s hard to prevent your NOx sensor from mechanical damage, but you can minimize the damage by driving carefully on large barriers and gravel.

These additives often have plenty of materials that are harmful to the sensors.

To protect your sensors, avoid using additives at all costs.

You can have water coming from the inside or outside the exhaust. If you live in areas that rain a lot or frequently drive in water, you can have the plugs connecting the NOx sensors corroding and preventing the sensors from functioning as well as they should.

To protect the sensors from water damage, avoid driving in deep waters.

If there is water that might have condensed in the exhaust, discharge it by driving your car more regularly and over long distances.

When you use enriched fuel, the fuel gets in the exhaust, where it burns and forms soot. The soot then sticks to the NOx sensor probe, making it impossible for it to feel the contents of the exhaust gasses.

To prevent this from happening, avoid using enriched fuels. This calls for you to be ultra-cautious of where you fuel your car. To be on the safe side, only fuel at reputable gas stations.

Adding too much oil to the engine

When you add too much oil to your engine, most of it is burned and settles in the exhaust. It also often goes to the CO catalytic converters and Lambda probes, where it damages them.

To prevent your sensors from being damaged by oil, avoid adding too much of it than is necessary.

Most car owners add more oil to their cars when they notice them consuming more oil than necessary.

While adding the oil will ensure that your engine always has more oil in it, it won’t fix the problem, so it’s best to understand why your car is consuming too much oil and fix it.

What Happens When The NOx Sensor Fails?

The engine warning light comes on

Although the NOx sensor is mounted on the engine bay, its failure can lead to the engine light coming on. The light is usually triggered by problems with the electronic issues of your car, including the emission control components that include the NOx sensor.

When the NOx sensor fails, it can’t send information to the engine; hence, the engine management system can’t tell how effectively the engine is working in terms of fuel mixture and air-to-fuel ratio.

Due to the failure, the car’s brain assumes that the car is in its worst condition and, as a result, enriches the fuel mixture so that you can get the highest amount of power.

The car will start, then stall out or have difficulty staying started at low speeds, such as when making a turn.

This problem is usually related to internal engine problems, such as carbon buildup in the combustion chamber, which requires regular maintenance and repair.

The issue can also result from external NOx sensor problems that interfere with the car’s ability to measure the amount of oxygen in the exhaust.

The car will jerk, so you have uneven acceleration, often due to the motor using additional fuel to compensate for the insufficient sensor readings.

To fix this problem, get a new nitrogen oxide sensor. To see the latest NOx sensors in the market, visit this page.

When installing a new sensor, you will have better readings of the NOx levels in the SCR system, so your car will stop jerking when accelerating.

If you have a sudden misfire, you must be having a faulty NOx sensor. The misfiring happens when the oxygen levels in the exhaust are below the minimum threshold level for proper fuel combustion.

Due to the faulty NOx sensor, you have higher emission rates that damage the catalyst and eventually reduce its ability to manage the harmful gases.

This results in soot building up, and you have a difficult time removing it without having to change the entire system, including the exhaust.

Can you fix a faulty NOx sensor?

Yes, you can, but it’s always good to replace the sensors instead of trying to fix them.

A new sensor is better as you have reduced chances of developing problems later.

While refurbished sensors are cheaper, their reliability is suspect, as you don’t know their true condition.

They might have been repaired or tested improperly, leading to more expensive problems later on down the road.

To be safe, don’t go for the refurbished units—instead, go for new ones.

They might be a little expensive, but the extra cost is worth it, as you will have peace of mind that you are using units that you can rely on. 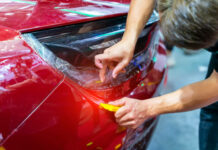 5 Benefits of Paint Protection Film For Your Vehicle 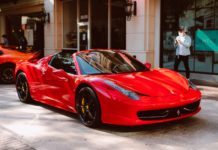 Quick and Easy Fix For Your PANIGALE V4 EXHAUST