Wearing glasses is inherently not wrong, but there’s always a time and place for everything. And wearing glasses always, especially outdoors, often comes with drawbacks.

While it works for most people, even the glasses-savvy person will admit that they’ve run into a few bumps over the years, leading to abrupt purchases of new pairs. And although some will argue that high-quality products like the Acuvue contact lenses can be pricey, it’s the most practical investment.

So, before you raise your pitchforks and stand with the tribe of glasses-wearing people, it’s about time you learn more about the benefits of contacts. And in this case, finding out why it’s far better in outdoor situations, activities, and recreation.

Glasses Fog Up Way Too Often

At last, you want to think about when outside is losing visibility, and that right there is the very reason why most people struggle with their glasses.

Anyone who’s worn a pair for quite some time will deeply understand the sentiments of glasses fogging way too often. And once you consider the climate and conditions of the great outdoors, you’ll be fighting an uphill battle with water vapour, sweat, and overall humidity.

Sure, the first few times are still amenable, but if you have to keep wiping them off just to see where you’re going every five minutes during a hike, it becomes a pet peeve. And in the worst-case scenario, fogging becomes more of a risk that you can’t avoid.

In contrast, contact lenses don’t fog up as often, and for those that do, it’s mostly an issue with the fitting. So, once you’re done testing out a few sizes and seeing which ones suit you best, it will completely nullify any blurring effect when outside.

They Get in the Way of Sports

Some people love playing football, volleyball, and basketball just as much as the next guy, but glasses tend to get in the way of sports in the worst ways possible.

All it takes is one accidental trip, landing face first, and you’d have to switch them out if you want to keep playing. And that’s even accounting for the times when you forget that you placed them right beside you on the bench and end up sitting on them when you scooch to the side.

All this to say, contact lenses don’t suffer from the same problems when playing sports. And while some may think that it’s not easy to maintain hygiene, it’s a lot easier than most would expect if you know what you’re doing.

Plus, with contact lenses, you get to exercise your full natural vision instead of glasses that sit right in front of you. As a result, you don’t play with any drawbacks and get to pump out your total effort during your games and friendly matches.

Prescription sports goggles would have to be the only exception, but we’ll be the first to say that they’re tough to pull off when it comes to aesthetics.

When Outdoors, Ditch the Glasses!

It is strongly recommended that you ditch the glasses for products like the Acuvue contact lenses instead because they’re more comfortable and functional to wear when active. And given the constraints of glasses, it becomes a lot more reasonable to do so.

However, it does fall under personal preference at the end of the day, so if you’re keen on keeping the glasses on, no one stops you. Just be sure to be extra careful and give contact lenses a chance should the opportunity arise. 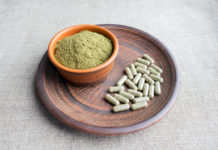 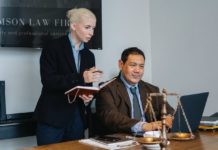 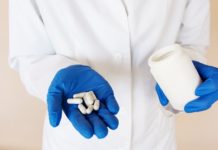 Inhalant Addiction can be More Dangerous than it seems!