Erealitatea
Home CBD Can Dogs Have Cinnamon? Benefits And Side-Effects 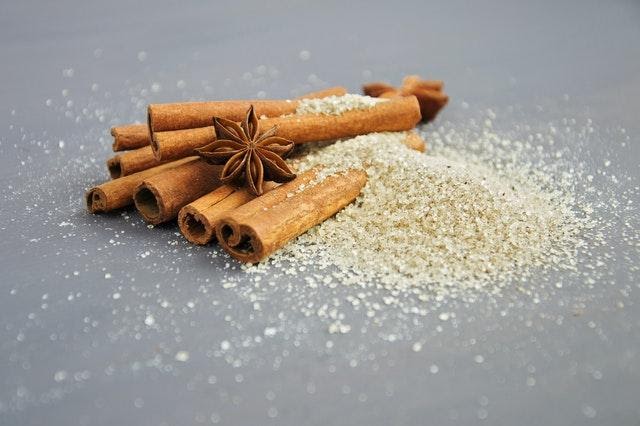 Beginner dog owners often wonder what food their pets can eat and what they need to avoid. Toxic foods are harmful and can make their pup ill, and they may be lethal if owners are not careful enough. Luckily, there are only a handful of toxic foods for dogs that you can easily remember.

If you are wondering, is cinnamon included on the list? Well, to cut it short, no, it is not toxic to dogs. So do not panic if they ate a stick from your spice rack! A follow-up question would likely be: Are they good for your dog then? In this article, we will answer that question and compare the benefits vs. side effects.

But before we even get into any of that, let’s talk spice!

Cinnamon is derived from the bark of of a tropical tree known as Cinnamomum (Read more here: https://www.sciencedirect.com/topics/agricultural-and-biological-sciences/cinnamomum). These evergreen aromatic trees belong to the laurel family, Lauraceae, which are widely known for their distinct scents.

Another contributor to the aroma and flavor of cinnamon is its principal component, Cinnamaldehyde. These yellow, pale viscous liquid blends with the essential oil from the tree leaves and bark. Essential oils from the bark are composed of 90% cinnamaldehyde.

Typically, cinnamon is used for many cuisines, breakfast cereals, baked goods, teas, and snacks. But there are other ways you can use these aromatic sticks or grounded spices. An example of their use is to hang them by the window to repel moths. Blending the spices with honey and applying it to your scalp helps stimulate hair growth too!

There are only a few species of trees that grow for commercial spice. These trees produce two variations of cinnamon spice: Cassia and Ceylon. Cassia is the leading international commercial cinnamon, mostly produced from Indonesia and China. These red-colored thick sticks with rough edges are significantly cheaper than Ceylon, but the quality is lower.

Ceylon, on the other hand, has a higher price for a good reason. Ceylon has a lighter color, delicate flavor, distinctive shape, and several benefits! Overall, it has a higher quality and is used in various cuisines.

With all that said, dogs can eat the spice because it does not contain toxins that can be “too dangerous” for them. If you go now and check out some doggy cinnamon-flavored treats in the market, you’ll see ton of options. But of course, even if it’s not lethal to your pet, it is still best to be cautious as there is a component that can affect them, which brings me to the next topic!

The Toxic Component In Cinnamon

For every good, there is bad, and that is true to our favorite spice.

Coumarin – ever heard of it? If not, it is the toxic component in cinnamon that can damage our kidneys and liver when taken in large amounts. For that reason, the European Food Safety Authority recognized the component as a threat. They confirmed the maximum intake of coumarin of 0.1 mg per kilogram of weight back in 2008.

Side-Effects Of The Spice

Besides kidney and liver damage, cinnamon have side effects when taken in large amounts. Two of these side-effects are vomiting and diarrhea, both related to the gastrointestinal system. Vomiting can purge out gastric contents and food from the stomach. These gastric contents are acidic and can be harmful to the throat.

Diarrhea is somewhat the same as vomiting. Instead of gastric content, liquefied or pre-formed stools come out together with some liquid. With severe diarrhea and vomiting, dehydration comes next in line. If your dog experiences these side effects, provide them as much water to replace what was lost.

Another side-effect is lowering blood sugar levels. It does not typically affect a healthy dog, except maybe experiencing some fatigue. However, the scenario changes if the dog is diabetic and treated with insulin!

Insulin is the hormone that allows the sugar in the blood (glucose) to enter the cells for energy. Diabetic dogs treated with insulin will lower their blood glucose significantly. If it becomes dangerously low, your dog might become unconscious and in a state of coma.

Benefits Of Cinnamon For Dogs 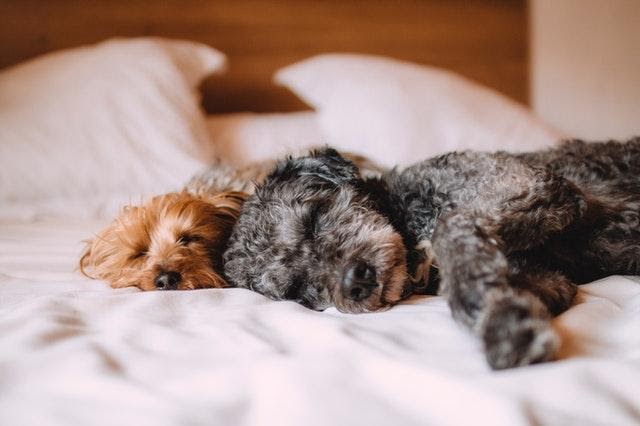 One of the most common diseases in dogs is arthritis – especially for the older ones. Arthritis is the inflammation of the joints that results from old age or infection. For dogs, osteoarthritis is the most common, and elderly dogs are affected. In osteoarthritis, the cartilage which cushions the two bones while moving deteriorates, causing it to be painful and inflamed.

Cinnamon can help manage the inflammation, and as a result, relieves the pain too! It can be used for dogs that have minor injuries. You can even use it to treat bee stings!

Free radicals or oxidants are toxic substances in our bodies. It is unavoidable as every food the dog eats has oxidants. Breathing smoke and polluted air are considered an oxidant. These free radicals are dangerous to their bodies as they may lead to cancer.

Thankfully, humans, dogs, cats, and other living organisms have antioxidants in the body. But it would be better if aided with outside sources such as cinnamon! Antioxidants assist our body in eliminating these free radicals and prevent the damage they may cause.

Dogs are as prone to infections as humans. It does not have to be bacteria as they can also get infected from fungus that may result in itchiness and skin disease. Cinnamon, luckily, is an effective home remedy for these fungal infections. They also have antibacterial properties to help dogs with bacterial infections! 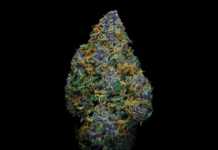 The Benefits Of Using The Black Diamond Strain 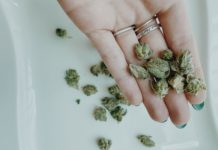 [How Washington DC is Boosting the Medical Marijuana Industry]

All You Need To Know About Crypto Market Capitalization From The...

How to Open a Property Management Business

9 Strategies for Marketing Your Manufacturing Company