Approximately 78 percent of the Earth’s atmosphere is composed of nitrogen – a colorless, odorless, and inert element that is usually encountered in gas form. Nitrogen is an immensely important element in the industrial world, where it has many uses. This article is a brief rundown of some of the most important industrial applications of nitrogen. Most nitrogen is generated as a gas. Some companies still take on shipments of liquid nitrogen, which is then converted into a gas on site.

Nitrogen gas is used in the pharmaceutical industry primarily due to its inert nature. When moving chemicals used in the creation of drugs, any conduit gas needs to have no impact on the chemical properties of the materials being used. Nitrogen is perfect for this. On-site nitrogen generation is essential in any pharmaceutical manufacturing plant. It is used for material transfer, packaging, and fire suppression in highly combustible environments. In the past, companies would bring in liquid nitrogen, which was then converted into a gas for use. This was a costly and labor-intensive operation. On-site generation from a nitrogen generator is now the norm, with companies using a range of nitrogen generator devices to easily produce gas.

One of the most widespread uses of nitrogen gas is in the food packaging industry. When packaging food, oxygen needs to be removed and replaced with nitrogen in order to preserve the freshness of the product. Oxygen, when left inside a package, will increase the speed of deterioration. Nitrogen’s inert, dry and odorless nature makes it perfect for this use. Most food packaging plants have on-site nitrogen generators. Nitrogen is also used to create a ‘cushion’ for food inside its packaging – preventing it from being crushed during shipping. When opening packets of perishable foods, you are encountering nitrogen, not air.

Explosions have always been one of the most terrifying possibilities in mining. As well as being made more likely by gasses such as methane present underground, explosions can be provoked in areas with high oxygen content in the air. In mining, nitrogen generators are used to increase the inert nature of the air – therefore reducing the risk of a combustion. Mining operations use very large scale nitrogen generators connected to extensive ventilation systems. Thanks to the introduction of nitrogen generators, explosions in mines are no longer the common occurrence that they once were. Miners operating in mines that are pumped full of nitrogen to prevent combustion often have to wear rebreathing apparatus in order to get the correct amount of oxygen into their bodies. 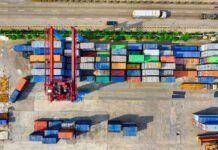 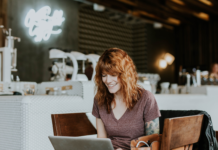 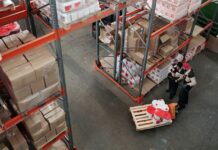 The Benefits of Pallet Suppliers For Your Business